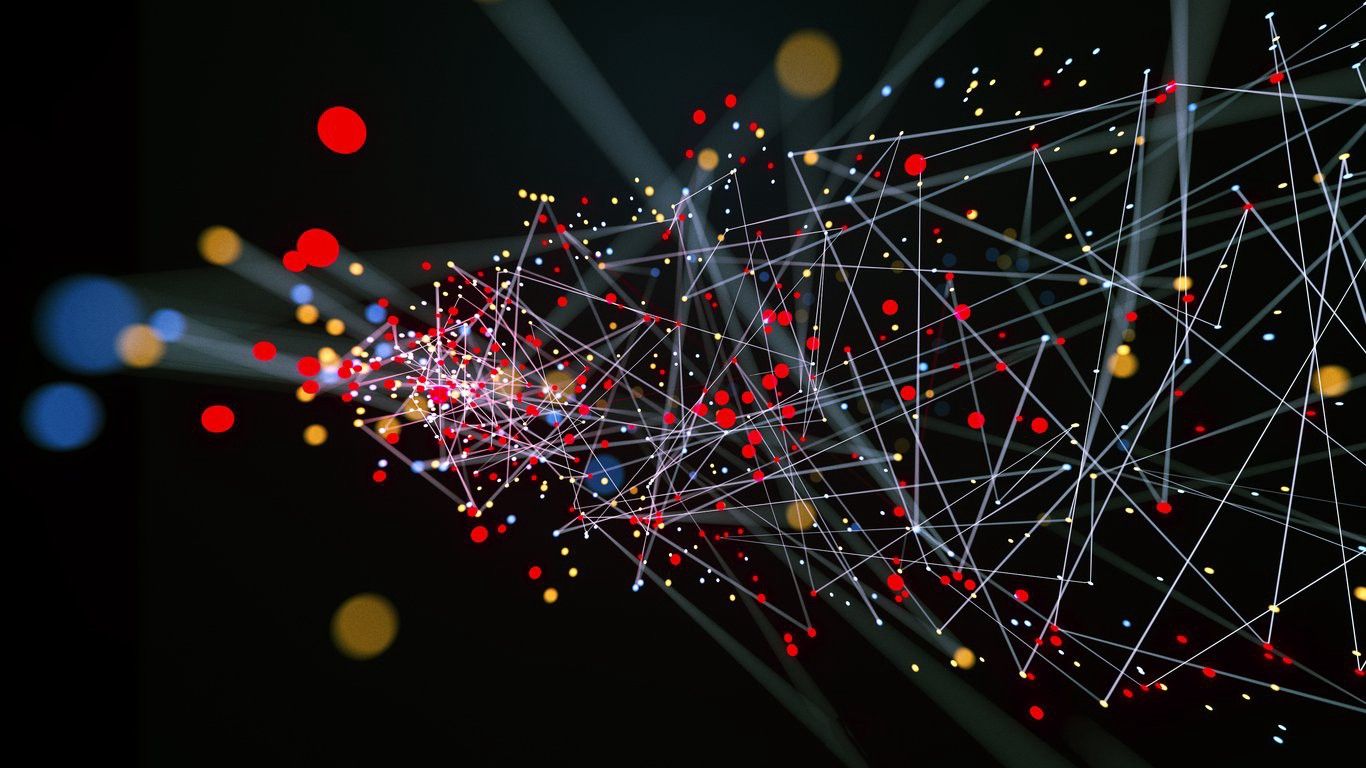 Shaping the Narrative of Nigeria’s 2019 Elections With Big Data

Undoubtedly, data will shape the narrative of the 2019 general elections. With this in mind, suppliers of data like INEC or security agencies should uphold the Open Election Data Principles in performing their roles in elections. Election data on PVC collection, voter accreditation figures…must be released in a timely, granular and readable format if the Commission is committed to electoral integrity and transparency.

The newly released figures by Nigeria’s electoral commission indicates that 84,004,084 million persons have registered to vote across the 176,996 voting points during the upcoming February 16 and March 2nd elections. A total of 23,316 candidates are jostling for 1,558 vacant elective seats and offices. For the presidential election, official data suggest that 91.7 per cent of the contestants are male and 8.3 per cent female. The female vice presidential candidates stand at 30.6 per cent and men, 69.4 per cent. This trend of low female candidacy permeates the list of candidates for the National Assembly elections. For the Senate, the male candidates dominate with 87.7 per cent, whereas females constitute 12.3 per cent. 88.4 per cent of candidates for the House of Representatives elections are male, while 11.6 per cent are female. Youth candidacy in the National Assembly election is 23 per cent. As at January 11, 2019, 79 per cent of Permanent Voter Cards (PVC) have been collected.

As Nigeria gears up for the 2019 general elections, big data is expected to play a crucial role in the polls, depending on its credibility and usage. Without any iota of doubt, the election will be determined by quantitative and qualitative data generated and disseminated through credible platforms. In a politically charged climate like Nigeria, political analysis and decisions must be informed by evidence and data. The Independent National Electoral Commission (INEC) is leveraging data collected by the Albino Foundation, Inclusive Friends and Centre for Citizens with Disability (CCD) to locate polling units with persons with disability, so the Commission can deploy there magnify glasses for albinos and tactile ballots to ensure visually impaired voters exercise their franchise. Using data generated from elections risk assessment, INEC has mapped hotspots and developed strategies to neutralise potential risks. Politicians are also leveraging data to influence voting choices at the polls. Election observers are equally involved in the systematic observation of elections using big data. For example, the YIAGA AFRICA Watching The Vote leverages official polling unit data for its Parallel Vote Tabulation. Hotspots and violence-prone states have been identified on the basis of data collected by civil society groups through security threat assessments or pre-election observation. These efforts should be recognised as progressive interventions aimed at bridging Nigeria’s huge data gap.

The big issue for the 2019 elections would be the acceptability of electoral outcomes. This is why the electoral integrity quotient needs to be high. Unfortunately, the average Nigerian politician is more invested in undermining the process. The desperation level reached unimaginable heights in the pre-election period, with widespread cases of the buying of Permanent Voter’s Cards (PVCs) from voters and new techniques of vote buying. Again, public trust in democratic institutions is declining owing to several questionable incidences and missteps of electoral stakeholders. For instance, the decline of assent to the electoral amendment bill, intimidation of and clampdown on opposition figures by state authorities, the controversy surrounding the suspension of the chief justice of the federation and the alleged partisanship of security agencies all cast doubt on the commitment of the federal government to free and fair elections.

INEC will be confronted with difficult choices to make on the election days. In addition to the collation and declaration of results, the Commission will take decisions on the cancellation or postponement of elections where violence occurs or logistical challenges are experienced. To make informed decisions, INEC must rely on facts and evidence. The non-availability of credible facts and data will stifle the Commission’s ability to make informed decisions that will stand the force of law. This explains why building big data knowledge, and digital intelligence is valuable for elections. It evident that those armed with data will determine the 2019 elections. For emphasis, electoral engagement and analysis fueled by data will be useful for three broad reasons:

Enhancing the Integrity of the Process

For the first time since 2015, political parties have called for a bifurcation of the accreditation and voting processes on election day. This demand signals a lack of trust in the current voter accreditation process. The parties based their rejection of simultaneous accreditation and voting on the limited and delayed access to voters accreditation data on previous election days. In the estimation of the political parties, the procedure adopted in 2015 whereby accreditation was completed before voting increased the integrity of the process because the data on accredited voters was announced before the commencement of voting. They argued that the proposed Continuous Accreditation and Voting System (CAVS) for the 2019 elections does not guarantee timely access to accreditation data, therefore it would impede the effective monitoring of elections. Similarly, stakeholders have demanded for disaggregated data on PVC collection. Questions have also been raised on the availability of data on Internally Displaced Persons (IDPs) and the extent to which the data is shaping INEC’s plans to ensure that IDPs vote and their votes count. The most appropriate response to these demands and legitimate concerns would ensure the proactive disclosure of data. Proactively communicating accreditation figures generated by the smart card reader and PVC collation data will not only facilitate effective monitoring but it will boost the confidence of stakeholders and mitigate conflict. Stakeholders should not be subjected to the bureaucracy of applying for what should ordinarily be public information. Good a thing, INEC has promised to release the PVC collection data once the collection exercise terminates on February 8, 2019.

The propagation of fake news in the 2019 elections is rising and it portends great danger for the integrity of the process. One of the effects of the fake news boom is the trust deficit and suspicion in the public domain. Voters have become skeptical of every information they receive, even when it comes from trusted sources. With a keenly contested election and declining public trust in democratic institutions, countering fake news will require timely, accurate and quality data. Data contains evidence capable of exposing falsehood and propaganda, hence the need for all stakeholders to leverage data to delegitimise fake news in the 2019 elections.

A proven methodology that allows non-partisan citizen election observers to systematically assess the quality of voting and counting and make accurate projections and verify election results with a high degree of precision is the Parallel Vote Tabulation (PVT). The PVT provides the most accurate and timely information on the conduct of an election…

Verifying the Accuracy of Election Results

The credibility and legitimacy of election results can be enhanced with the independent verification of election results by non-partisan election observers groups using quantitative tools and technology. Data generated from the independent observation of elections can verify the accuracy of results. This builds trust in electoral outcomes. A proven methodology that allows non-partisan citizen election observers to systematically assess the quality of voting and counting and make accurate projections and verify election results with a high degree of precision is the Parallel Vote Tabulation (PVT). The PVT provides the most accurate and timely information on the conduct of an election and it is the only methodology that can independently verify the accuracy of official results. Using this advanced election observation methodology called PVT, YIAGA AFRICA, through the Watching The Vote, will generate granular and untainted process and results in data from a representative sample of polling units in all the 774 local government of Nigeria for her independent evaluation of the process and verification of the official results announced by INEC.

Undoubtedly, data will shape the narrative of the 2019 general elections. With this in mind, suppliers of data like INEC or security agencies should uphold the Open Election Data Principles in performing their roles in elections. Election data on PVC collection, voter accreditation figures, voter turnout rates, election results, contact information of election officials/security officials must be released in a timely, granular and readable format if the Commission is committed to electoral integrity and transparency. Since data do not speak for themselves, political parties, civil society, media and the general public must invest in conducting objective analyses of election data for policy and public engagement. The depth of our interpretation and analyses of election data will potentially improve the quality of our electoral process. Therefore, relying on propaganda and fake news in assessing elections is not only disingenuous but counter-productive.