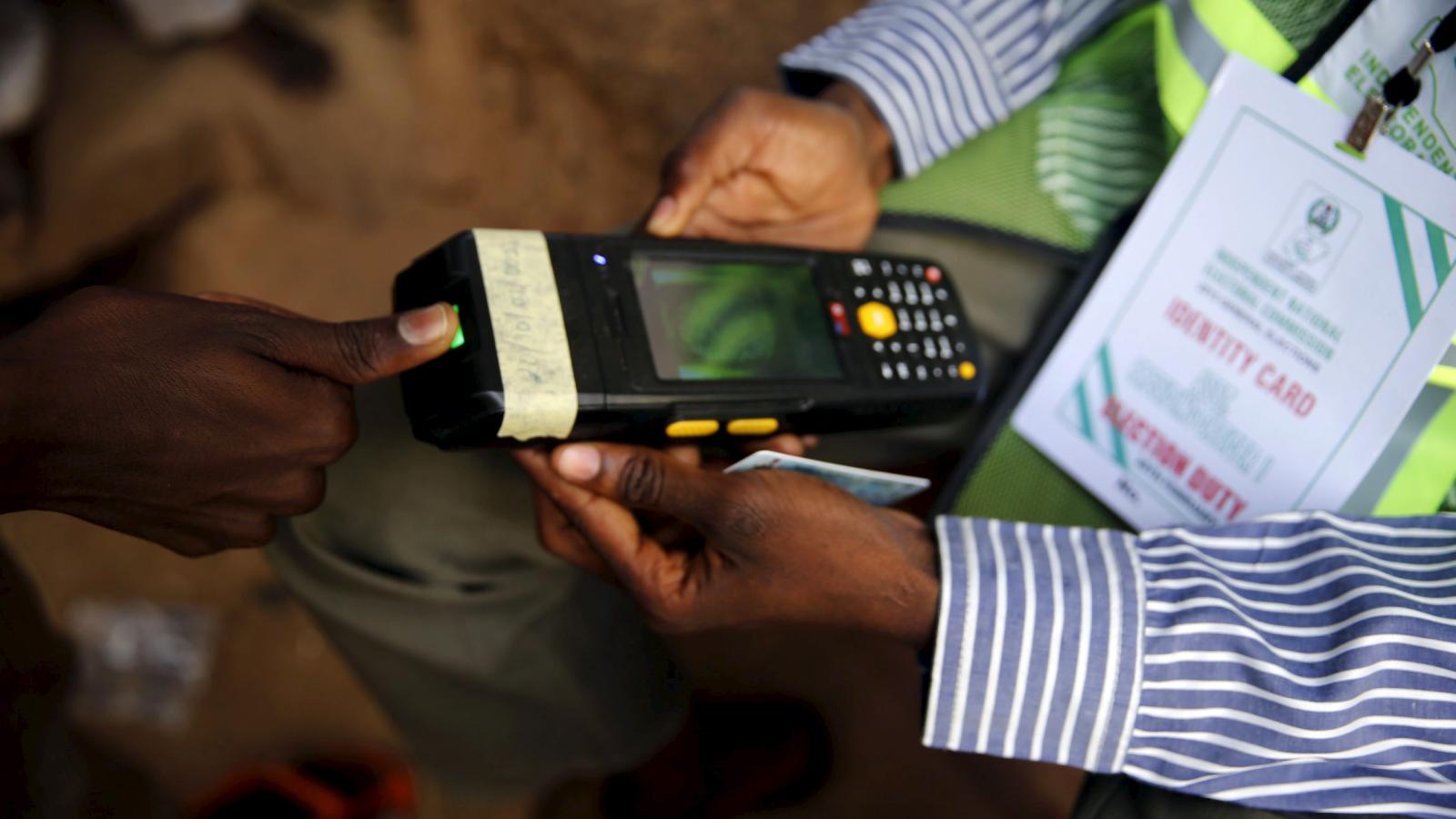 Technology and the Challenge of Election Integrity

Despite declines in political and civil liberties on the continent, regular elections – an indispensable foundation of democracy – signal that democracy is gradually taking root in Africa. The frequency of elections on the continent present an undeniable opportunity for citizens to assert their sovereignty and negotiate a new social contract with the ruling political elite. The outcome of recent elections in Liberia and Sierra Leone are an affirmation that although elections provide a mechanism for settling inter-elite rivalries, they embolden citizens to dislodge non-performing governments and send to retirement corrupt, autocratic and imprudent politicians from public office.

By all standards, elections are complex and capital intensive. Electoral operations, procurement, staff training and remuneration and public outreach gulp huge amounts of the election budget. For instance, Kenya expended $25 per voter (2017); Ghana, $18 (2016); Liberia, $15.3 (2017); and Nigeria, $8.5 per voter in the 2015 elections. This high costs may have been influenced by the structural contexts within which these elections were conducted. The poor state of public infrastructure, such as roads, institutions, energy, environment and ICT penetration contribute to high electoral costs. While this is a plausible argument, the high costs of elections are the consequence of undemocratic and flawed elections. Simply put, countries are spending more on elections due to the low level of electoral integrity, hence the reliance on technology to eliminate all forms of electoral heist and irregularity. This was affirmed in a recent study by the ECOWAS Network of Electoral Commission (ECONEC) on the cost of elections in West Africa. The study revealed that the combination of political and legal cultures that diminish social capital and trust is driving up the integrity cost of elections, which accounts for the spiraling cost of elections. The study further revealed that the major cost of elections in Liberia and Nigeria is attributed to the high integrity cost of elections. This takes the form of the technological cost of an election and its administrative cost. For the 2011 and 2015 elections, Nigeria spent a total of $1,232,160,809, while Liberia spent $74,127,558 for her 2005, 2011 and 2017 elections. These costs exclude the cost of running the elections management body.

It is common practice for election management bodies in Africa to leverage on technology for voter registration, voter identification or accreditation, electronic tallying and transmission of results. Kenya developed the Kenya Integrated Election Management System (KIEMS) to, amongst other things, electronically transmit election results; South Africa operates the online candidate nomination system; Namibia deployed its costumed made Electronic Voting Machine for voting in 2014, making her the first and only country in Africa that has deployed the EVM for elections. Nigeria, Liberia, Zambia and a host of other countries operate the biometric voters registration system.

The indispensability of technology adoption for elections in African was demonstrated last week when chairpersons, the vice chairperson and members of election management bodies from over 30 countries in West and Southern African converged in Abuja, Nigeria to share experiences on the opportunities and challenges with the use of technology for elections in Africa. Hosted by the Independent National Electoral Commission (INEC) and the ECOWAS Network of Electoral Commission (ECONEC-RESAO), the international conference held in collaboration with the Electoral Commissions Forum of South Africa Development Countries (ECF/SADC), and with support of the European Centre for Electoral Support (ECES) and the European Union.

Different election stakeholders such as tech companies, civil society, politicians and development partners subject electoral commissions in Africa to intense pressure to deploy new technologies for elections. Most of them yield to these pressures without undertaking a cost-benefit analysis on the deployment of electoral technologies or its potency to guarantee credible elections. In this era of automation, machine learning and artificial intelligence, it is foolhardy to ignore adaptation of relevant technologies and digitisation of electoral processes.

Unarguably, technology deployed for elections can eliminate human errors associated with calculating and computing election results; it can improve voter identification, facilitate faster and easier voting, etc. In Nigeria, the introduction of the Smart Card Readers and Permanent Voter Card has eliminated multiple voting, thereby deepening the integrity of the electoral process. The Republic of Benin uses tablets to electronically transmit election results. Sierra Leone uses an electronic result tallying system to compute election results. These innovations have enhanced the quality of elections in those countries, even though the courts are still besieged by a deluge of election petitions bordering on their credibility. It posits that technology cannot singlehandedly guarantee credible elections.

The debate on whether electoral technology can guarantee electoral integrity is premised on the limitations of technology deployment in Africa. Experience shows that technology (in this case electoral) is vulnerable to failure, interference, and security breaches. Recent reports of cyber propaganda, warfare and election interference strengthen the argument that electoral technology can potentially delegitimise elections. Without checks and oversight, heads of ICT departments in electoral commissions can become kingmakers by subverting the will of the people through a ‘click’, resulting in what Raila Odinga calls “computer-generated leaders”.

Public trust and confidence is essential for the successful deployment of electoral technologies. Electoral commissions must secure public consent and approval in their quest to deploy technology for elections. This will boost citizens’ trust in the electoral process, thereby deepening electoral integrity.

There is growing apprehension and suspicion with the deployment of electoral technology in Africa. Most people don’t trust electoral technology due to the limitations mentioned above. Sometimes these suspicions could be unfounded and mischievous. In Kenya, Raila Odinga alleged system logs on the Independent Electoral and Boundaries Commission (IEBC) system suggesting a possible infiltration of the electoral commission’s electronic system of tallying of results. Similarly, the then opposition Sierra Leone Peoples Party (SLPP) was accused of hacking into the system of the National Electoral Commission (NEC) to alter election results, hence the clamour for the manual tallying of results by the All People’s Congress (APC) party. Speaking at roundtable on the 2018 Sierra Leone elections hosted by YIAGA AFRICA, Madam Miatta French, an electoral commissioner in the Sierra Leone electoral commission revealed that the decision to adopt manual identification of voters, as opposed to electronic verification, was informed by the technological challenges with biometric verification. The manual identification was more open and transparent as party agents could verify valid voters using copies of voter registers issued to them by the electoral commission.

Public trust and confidence is essential for the successful deployment of electoral technologies. Electoral commissions must secure public consent and approval in their quest to deploy technology for elections. This will boost citizens’ trust in the electoral process, thereby deepening electoral integrity. Legal recognition must be granted to electoral technologies deployed by election management bodies, else they become a subject of litigation in the law courts. The design, testing and timing of implementation of electoral technology is crucial. EMBs need to ensure technological innovations are deployed in good time to provide opportunity for simulation, testing, training and retraining of staff. Context also matters in every deployment; electoral technologies must be fit for purpose. It must respond to electoral challenges of a given context. Emphasis must be laid on the imperative of homegrown technological innovations as opposed to imported solutions whose ownership and sustainability is not guaranteed.

In conclusion, electoral technology can enhance and undermine electoral integrity, but electoral commissions must be conscious of its limitations and vulnerabilities. Electoral technology should complement existing traditional approaches rather seek to supplant existing methods. Technology is a means to an end and not an end in itself. Technological innovations can only enhance the quality of elections if they subscribe to the principles of simplicity, integrity accuracy, transparency, verifiability, security and cost-effectiveness.