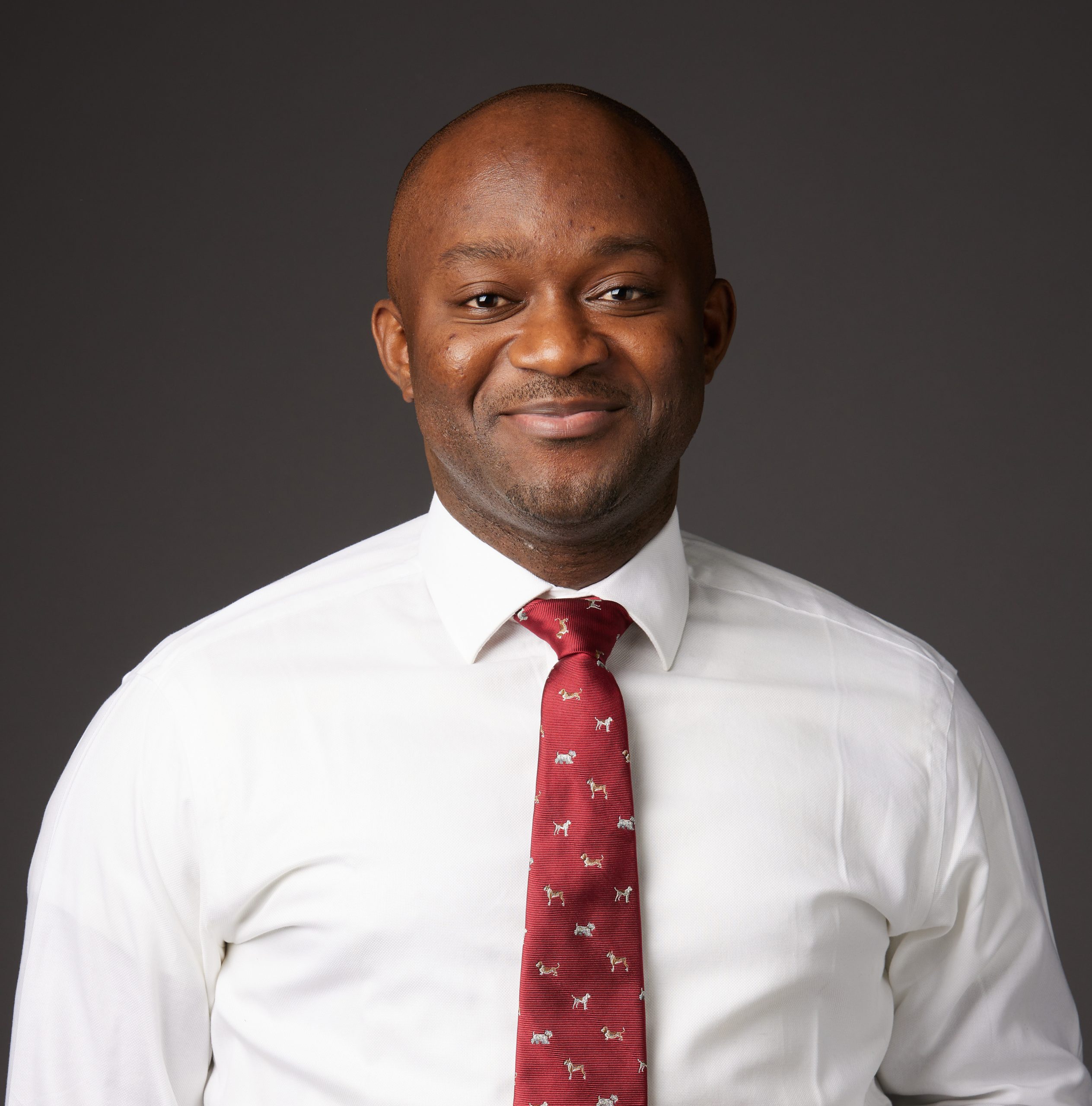 The Salience of Depoliticizing Election Management Bodies in Electoral Democracies

Ominous evidence of democratic recession in Nigeria lies in President Muhammadu Buhari’s flagrant abuse of the 1999 Constitution in nominating his social media aide, Mrs Lauretta Onochie, as a National Commissioner of Nigeria’s Independent National Electoral Commission (INEC). Mrs Onochie is his media aide and a member of the President’s party, the All Progressives Congress (APC).

Across the world, election management bodies (EMBs) operate as bulwarks of the democratic process. By superintending electoral competition, EMBs uphold democratic values, influence political behavior, and shape the character of democratic institutions. These daunting tasks vest substantial responsibility on electoral institutions to ensure decisions, policies, and programs are guided by the principles of, inter alia, integrity, objectivity, neutrality, transparency, accountability and professionalism. These values are essential for democratic stability in any society. Once an electoral institution fails the neutrality and objectivity tests, public trust is broken and voters disengage from participating in civic life. Nothing is more disempowering and demotivating than having a partisan and partial electoral umpire manage multiparty elections. It strips the elected government of the political authority required to legitimize its rule.

State capture manifests in the way and manner in which political leaders assault the independence of electoral institutions. Institutions are captured to advance self-serving interests at the expense of public good. Electoral commissions are either crippled financially or staffed with individuals whose partisanship and loyalty to the government in power are undeniable. The ultimate goal is to deprive electoral authorities of autonomy and capacity to conduct elections defined by popular votes. Evidence suggests all that is necessary for authoritarians to retain political power is to weaken the election management body, compromise the judiciary, clamp down on opposition, and change the rules of the game. Political leaders across the world have successfully deployed these tools in the authoritarian playbook for elections. The recent presidential election in Benin Republic was fraught with opposition boycotts due to a loss of confidence in the electoral process. Uganda’s Yoweri Museveni maintained his grip on power for thirty-five years using brute force, and compromising electoral authorities. Similarly, the Central Electoral Commission of Russia returned the incumbent as the winner of 2018 polls despite high electoral malpractices cases.

In the past year, several countries experienced democratic recession. The pandemic appears to have presented political leaders and autocratic governments with an alibi to justify the curtailment of civil liberties and the abrogation of checks and balances. This trend still persists in the post-pandemic phase. Ominous evidence of democratic recession in Nigeria lies in President Muhammadu Buhari’s flagrant abuse of the 1999 Constitution in nominating his social media aide, Mrs. Lauretta Onochie, as a National Commissioner of Nigeria’s Independent National Electoral Commission (INEC). Mrs. Onochie is his media aide and a member of the President’s party, the All Progressives Congress (APC). Section 156(1)(a) of Nigeria’s Constitution prohibits the appointment of any person who is a member of a political party into the electoral commission. As a measure of ensuring the neutrality of the members of INEC, the Constitution mandates in the Third Schedule, Part 1, Item F, paragraph 14 (1) that a National Commissioner shall be non-partisan and a person of unquestionable integrity.

Following the massive public outcry, the screening process was stalled until June 9, when the matter resurfaced at the Senate plenary. The Senate president directed the Senate Committee on INEC to proceed with the screening exercise. This latest development validates the insinuation that the eight-month delay was a ploy to accord Mrs Onochie ample time to resign her membership of the President’s political party.

President Buhari’s action raises questions about his commitment to electoral reforms and credible elections in 2023. It also raises a conflict of interest issue, which is a major concern for public sector organizations, especially in ensuring accountability and transparency in governance processes. Therefore, it is inexplicable that a person who has habitually demonstrated partisanship would be nominated as an electoral umpire to manage elections involving a party that she strongly supports, and other parties that she openly condemns. By imposing their political cronies into EMBs, the ruling political class mute the opposition and perpetuate their autocratic agenda via a seemingly democratic process. Several citizen groups, political parties, and professional associations condemned the appointment when it was announced on the floor of the Senate in October 2020. The torrents of condemnation and rejection that greeted the President’s faux pas were unprecedented. It reinforces citizens’ repudiation of the abhorrent disregard for the rule of law and incessant state-sponsored assault on democratic institutions.

Following the massive public outcry, the screening process was stalled until June 9, 2021, when the matter resurfaced at the Senate plenary. The Senate president directed the Senate Committee on INEC to proceed with the screening exercise. This latest development validates the insinuation that the eight-month delay was a ploy to accord Mrs. Onochie ample time to resign her membership from the President’s political party. In an attempt to rebuff the move by the Nigerian Senate to screen Mrs. Onochie, a group of civil society organizations opposed to the desecration of the Nigerian Constitution submitted a petition to the Nigerian Senate urging the upper chamber to reject the nomination because her appointment will significantly undermine the neutrality and impartiality of INEC. It will also increase mistrust in the election management body as well as the electoral process. The petitioning groups contend that accepting her nomination is against the sacred spirit of the Nigerian Constitution.

Nigeria’s electoral history is replete with stories and experiences of how appointments into INEC can either damage the integrity of or inspire confidence in the electoral process. The appointment of Professor Attahiru Jega in 2010 improved INEC’s rating. His integrity credentials inspired confidence in the Commission and Nigeria’s electoral process. Conversely, INEC’s integrity was at its lowest ebb under Professor Maurice Iwu due to the level of electoral malpractices that trailed his tenure. We are all witnesses to the controversy generated by the alleged biological affinity between Hajiya Amina Zakari, former INEC National Commissioner, and President Buhari. Evidently, the neutrality of individuals appointed into electoral institutions matter. It is of utmost importance because a strong perception of neutrality and autonomy can drive citizens agency and promote social harmony especially in divided societies.

To discharge their mandate successfully, EMBs must inspire confidence in the people. Trust is the lubricant of democratic elections. Political leaders should be circumspect about the implications of their actions on public trust and the negative perception that their actions could evoke among stakeholders in the electoral process. If the neutrality and independence of EMBs is central to the legitimacy and the acceptability of electoral outcomes, policymakers should ensure these institutions are insulated from partisan politics and shielded from individuals with questionable character, whose past and present records may taint the integrity of the EMB.

Fostering fair electoral competition begins with depoliticizing electoral institutions when making appointments into such institutions. It enhances institutional legitimacy and strengthens participatory democracy. As seen in recent elections in Kenya, Malawi, and Zimbabwe, social tension and violence can become by-products of mistrust in the election management process. Policymakers and political leaders should therefore refrain from taking policy actions that strips election management bodies of autonomy, neutrality, and objectivity. The polarizing effect of appointing individuals with political partisan inclinations into electoral commissions is too costly for democracy.

Samson Itodo is a Master of Public Policy candidate at the Blavatnik School of Government, University of Oxford. He is an elections and constitution building enthusiast. Itodo serves as the Executive Director of Yiaga Africa and the Convener of the Not Too Young To Run movement. He is a member of the Board of Advisers of International IDEA, an intergovernmental organization that supports and promotes democracy around the world. Please send comments and feedback to sitodo@yiaga.org. He tweets @DSamsonItodo.